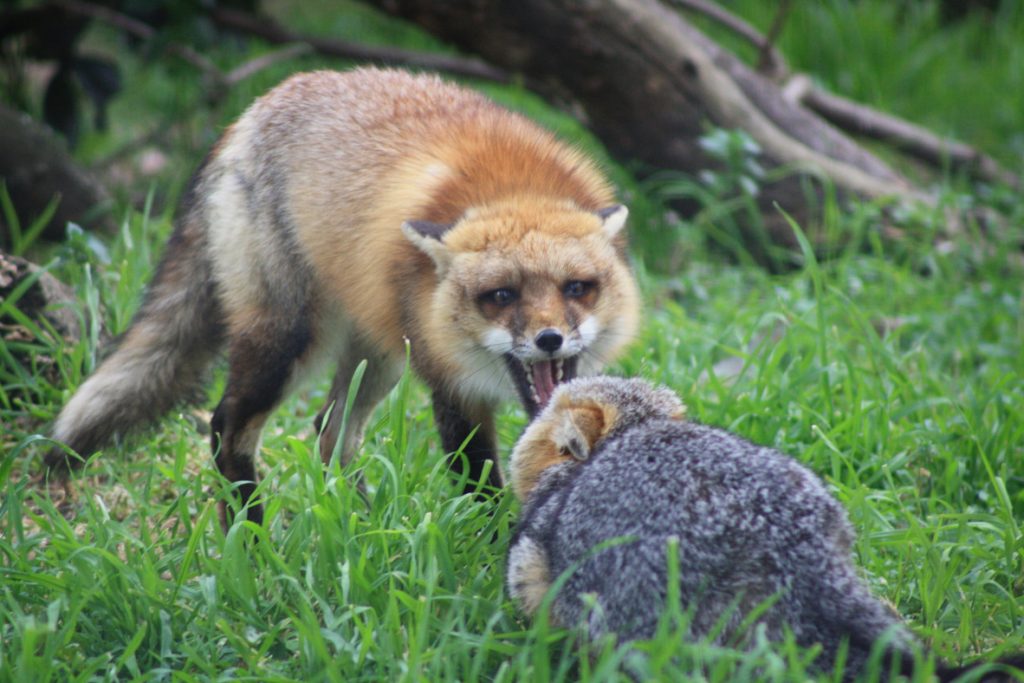 Hogansville, GA — In a bid for father of the year, a man from Hogansville choked, then shot a rabid fox that attacked his wife and 10-year-old daughter.

“It’s the craziest!  I’ve never run across anything like that before.  But when you see a loved one getting attacked, you do what have to do,” Shan Escalera told 11ALIVE in an interview about the incident.

According to Hogansville Police Department (HPD) Escalara’s daughter, 10-year-old Arabella, was riding a 4-wheeler in the backyard of his home located on Lincoln St. on May 3rd.

She was then suddenly being chased by an aggressive fox. She tried to run away but the fox latched on to the back of her shirt and hung on.

Mrs. Escalara ran up to help her daughter and was bitten trying to pull the animal off. Then while trying to shepherd her daughter into the safety of their home, the fox attacked her legs.

Mr. Escalera arrived on the scene and promptly grabbed the fox by the neck with both hands and forcibly choked the breath from the rabid animal until it was limp.

While the deranged fox gasped for air, the father quickly retrieved a shotgun from the home which he used to put the animal down with one shell.

HPD officers report transporting the body to the Troup County Animal Shelter for testing where the Health Department confirmed the fox was infected with rabies.

Law enforcement authorities say they are continuing to monitor the area in conjunction with the Georgia Department of Natural Resource and the Troupe County Health Department for other animals infected with rabies.

According to the CDC, cases of humans contracting rabies within the United States is very rare with only 1-3 reports per year. Of the 23 reported cases between 2008-and 2017, 8 were contracted outside the US before being brought into the country.

Efforts to curb rabies since the 1970’s has encouraged the vaccination of domestic pets such as dogs and cats. However, every year 60 – 70 dogs and more then 250 cats are reported infected with rabies.

Being able to quickly access your firearm in the event that you need it is important for obvious reasons. But being a responsible gun owner also means keeping firearms secured away from easy access by the wrong people.

These safes for pistols and rifles will do everything you need them too and look great doing it.