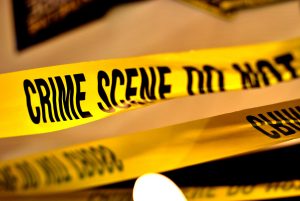 Gwinnett County, GA — Reports say that an auto parts store employee attempted to ward of a robbery suspect with his own gun, and died in the process.

Police responded to the call of a shooting by the Hamilton Mill Road area near Buford at about 8pm. The suspect went into the auto parts store following closely behind a female employee who was helping a customer outside of the building. After following her inside, the suspect then demanded she open the register to allegedly take the cash inside.

It was at this point when another employee was alerted to what was happening inside the store, came to the front of the store from the back, and attempted to draw his own firearm. The alleged robbery suspect opened fire upon the armed, male employee.

The man died from his gunshot wound.

The suspect escaped and sped off toward Interstate 85, however police were not immediately sure which direction he went, or even if he got on the Interstate. The highway is roughly half of a mile from where the incident occurred. It’s currently being reported that no cash was actually taken.

The victim is being identified as a retired 63-year-old Gwinnett County Sherriff’s Deputy named Felix Cosme.

Sadly, retired Deputy Cosme was unable to get the gun out of his holster in time to effectively defend himself and his fellow employee. This is one of the reasons why we always recommend training for both speed and accuracy, and not just one or the other.

I’d also like to point out that rarely is it a good idea to draw your gun on an attacker or potential attacker, unless it is safe to do so. When you’re staring at the muzzle of a gun that is pointed at you, you’re already at a disadvantage.

Also, as someone who has been in an auto parts store numerous times in the past with knowledge of how they’re set up, I have to wonder why he hadn’t at least tried to make some sort of use of cover.

There are shelves upon shelves, the counter, racks, and other things that could have been effectively used for cover. Obviously we were not there and don’t know the circumstances and therefore cannot judge.

All we can do is reflect upon what we know, take our own training into account, and try to live by any means necessary if ever presented with a similar circumstance.

Our hearts go out to the victim’s family. He died as a hero, protecting others.