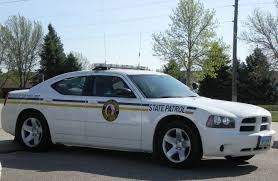 LAGRANGE, GA — Police are looking for a man who is a convicted felon after one child used his illegal gun to shoot another in the face.

The man, 28 year old Leemarkese Melson, is suspected of leaving a loaded handgun near a couple children at the home where the incident took place on Kelley Street. Even though the shooting took place in the home, the child was brought to a local convenience store which is where police found her.

Local police believe that a six year old sibling found the firearm and began to play with it. At some point during this playtime the gun discharged, striking the four year old girl in the face.

She was brought to a local hospital for her injuries but was later transported to Egleston Hospital in Atlanta.

The little girl was last reported in critical, but stable condition.

After the shooting occurred Melson fled the scene, taking the gun with him and is being sought out by police with a warrant for his arrest. He will be charged with cruelty to a child, possession of a firearm by a convicted felon, and tampering with evidence.

Prior to this shooting Melson was wanted for violating probation and failing to appear after serving a one year sentence for burglary and aggravated assault.

Police are asking for anyone with information on the whereabouts of Melson to call 911 or the Troup County Crime Stoppers at 706-812-1000.

Leave your thoughts on this incident in the comments below.